The financial and reputational risks associated with recalls are considerable for food companies. A good illustration is the recent voluntary recall by Abbott Nutrition of the popular Similac brand after four consumer complaints reporting infant illness resulting in two deaths from the Cronobacter bacteria. While the products were manufactured in the United States, the decision negatively impacted supply in several countries in Europe including Croatia, Ireland, Netherlands, Slovenia, Spain and the United Kingdom. 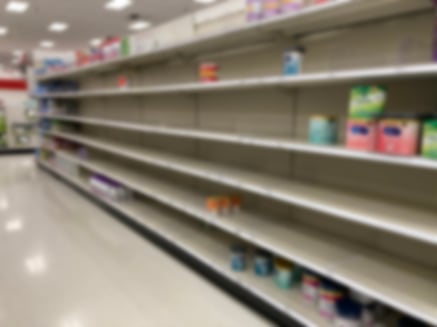 Even though Abbott stated that they perform finished product testing before distribution and no powdered infant formula distributed to consumers tested positive for Cronobacter sakazakii or Salmonella, the resulting publicity has suddenly exposed the company to scrutiny about their continued ability to provide a crucial product like infant formula during a post-Covid period of generalized supply challenges.

Powdered infant formula contamination can occur at any stage of the value chain. However, research shows that 78% of isolates recovered originated from processing areas, e.g. the surfaces around dryers and blenders, 12% from ingredients, and 10% from the final product(1). Given the data, there is a clear benefit in implementing corrective actions like sanitation and environmental monitoring solutions on the most problematic processing areas. As digital solutions provide faster and more integrated feedback, corrective actions can be coordinated more easily.

Powdered infant formula is at-risk to contamination by Cronobacter bacteria. This type of bacteria is resistant to dehydration, enabling them to survive in dry environments like powdered infant formula for relatively long periods. Pasteurization is ineffective as some strains are resistant to heat treatments like pasteurization. In addition, the microorganism can form biofilms that render them resilient to desinfection.

The end-product testing protocol for Cronobacter recommended by the Food and Drug Administration (FDA) assumes that the pathogen is distributed uniformly throughout the powdered infant formula batches deemed contaminated. In reality, Cronobacter tends to be non-homogeneously distributed in powdered infant formula by clumping to form spatial clusters in the end product(2). Thus, finished product testing is inadequate to screen for Cronobacter in powdered formula.

The FDA has expressed the intent to work with manufacturers to increase supplies and has established an incident management group to help resolve the food safety and supply chain issues contributing to worsening formula shortage. Nevertheless, restarting infant formula factories need FDA approval pending the implementation of more effective solutions on preventing bacterial contamination. Findings from inspections conducted by the FDA at the Abbott facility in Michigan revealed that preliminary steps taken to prevent products from becoming contaminated during manufacturing were insufficient. As the largest baby formula production facility in the United States, the Abbott plant in Michigan requires a more robust approach to food safety than what has previously been practiced.

The sensible response is a risk-based approach consistent with the available data. For example, in Abbott's case, the FDA inspection noted that a piece of equipment called "scoop hooper" was contaminated with Cronobacter. The floor around product dryers were tainted with bacteria. A digital environmental monitoring solution would have helped detect nonconformities faster and have the result of focusing sanitation efforts on the affected areas. The data repository provided by digital solutions would have been of value to Abbott in mitigating the impact of the voluntary recall of their finished products; it could even have prevented a mass recall by fully identifying the environmental risks and which specific lots were concerned.

An environmental monitoring program based on digital solutions, when combined with sanitation, facility audits, and product testing and evaluation can significantly reduce the incidence of contaminated food being distributed to consumers.

(1) Chen, Yi, et al. "Evaluation of a revised US Food and Drug Administration method for the detection of Cronobacter in powdered infant formula: a collaborative study." Journal of food protection 75.6 (2012): 1144-1147

Outbreak and Recall Round Up - March 2022